Following manufacture, a slight taper effect occurs at the ends of a pipe length, known as end reversion. This will also occur when pipes are cut at a later date. This effect is not detrimental to either the pipe or joints, provided that site jointing is carried out in accordance with recognised fusion jointing procedures. Extruded polyethylene pipe will normally exhibit a degree of ovality, with straight pipe up to 3.5% and coiled pipe up to 6% for SDR11 and 12% for SDR17/SDR17.6. This situation can be exacerbated by prolonged storage in the vertical plane, particularly if pre-chlorination has been carried out.

On larger diameter pipes there may be an excessive amount of end reversion, and if so this should be removed using a guided cutter before the pipe is offered to the welding machine; in some cases as much as 150mm will need to be removed. This method of removing reverted pipe ends is much quicker than using the trimmer in the butt fusion machine, and speed is of the essence as the cut pipe end will revert again quite quickly.

Where the liner pipe has to be moved after being strapped, it is better to move it on carriages that roll along with the pipe, as this reduces the risk of straps being damaged as they pass over rollers. Another advantage of carriages is that they can be designed with a long saddle, and so will not indent the liner pipe to the same extent as rollers.

All pipe lengths must be carefully inspected for damage before being welded onto the string, as it is extremely time consuming to cut out and joint up again if the damage is not discovered until later. PE100 is a robust and resilient material but care should be taken not to cause excessive scuffing or gouging of the surface. Surface damage may occur during handling, storage and installation, but providing the depth of any score is no greater than 10% of the wall thickness, then the service performance of the pipe or fitting will not be affected.

The liner pipe string must be placed on rollers during movements both during string preparation and insertion, and attention should be given to roller design to ensure that there are no sharp edges or protrusions to damage the liner pipe if it accidentally comes off the roller whilst being moved. It is important that the liner pipe be thoroughly cleaned and inspected for dirt or damage before arriving at the fusion machine, particular attention being given to the underside, and this is best achieved by locating the pipe cleaning and final inspection stations at the approach to the fusion machine.

If a fold & form process is used and the liner pipe is pushed through the folding machine, a winch is used during the insertion to overcome the frictional forces within the host pipe, and a pulling head must be attached to the liner pipe so that it can be connected to the winch wire. This is attached after the nose of the liner pipe has been folded. As it only has to transmit a relatively low force, it can be a simple device. Where the liner pipe has to be moved after being strapped, it is better to move it on carriages that roll along with the pipe, as this reduces the risk of straps being damaged as they pass over rollers. Another advantage of carriages is that they can be designed with a long saddle, and so will not indent the liner pipe to the same extent as rollers. Also, it is necessary to incorporate a spinner so that the liner pipe is not rotated during insertion. 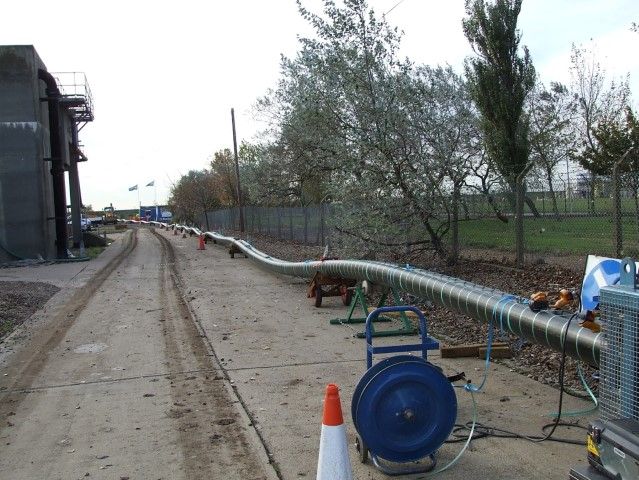 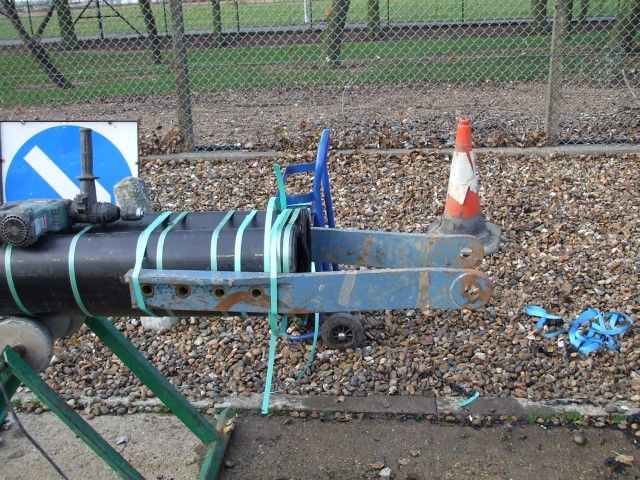 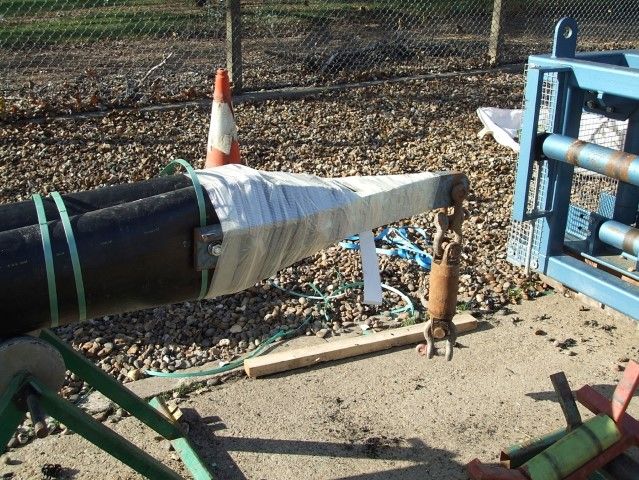 The pictures above and below show such a head being applied, the wrapping simply being to reduce the risk of snagging and to avoid scraping the inside of the host. 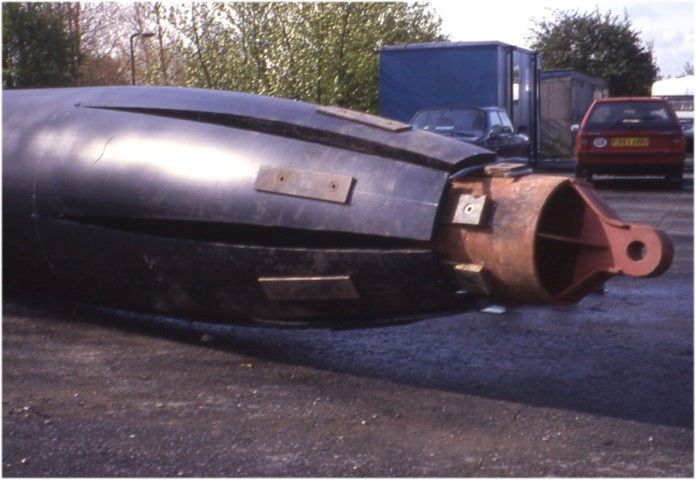 This type of pulling head, usually called a ‘nose cone’, is made by cutting ‘V’ shaped pieces out of the end of the liner pipe, and pulling the ‘fingers’ that remain down onto a steel hub. However, as the fingers get narrower the stress will increase, and as the width at the bolting plates is about halved, such a pulling head could fail during insertion. This can be overcome by first butt fusing a length of pipe with a suitably lower SDR onto the end of the liner pipe, and the fingers can be cut into this pipe which must be removed after insertion and must not be part of the permanent installed pipe. Alternatively, this type of pulling head is fabricated off site, and simply butt fused onto the end of the liner pipe. 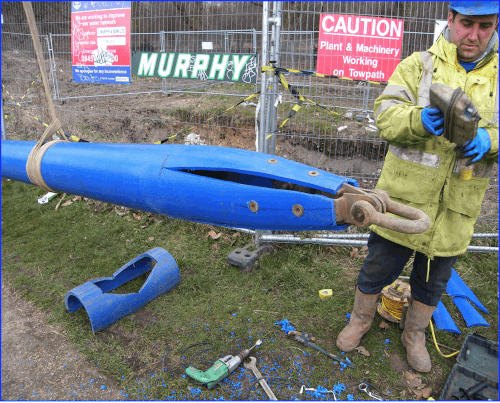 This type of pulling head is also used for HDD applications, where the insertion tensions can be very high, and the bore is full of mud which should not get inside the PE pipe to contaminate it, and particular attention must be given to sealing the drilling rod attachment. 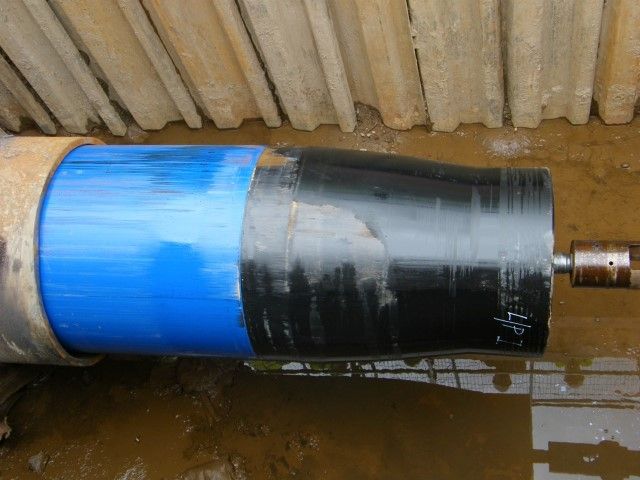 SLIPLINING - TECHNIQUE Slip-lining is perhaps the oldest of all trenchless techniques. It involves the insertion of a new PE100 liner pipe of standard diameter and SDR into an existing pipe. Under...